I had never visited Slovenia before this trip, let alone the magnificent Lake Bled. But WOW! How picturesque can a place be?!

After I arrived back home I heard several others who had been there and they all loved it. I even read from somewhere that the youngest guy to ever visit every country in the world had named Lake Bled his favourite. If you don’t believe me, believe him.

We got super lucky with the weather, it was perfectly sunny and around 15 Celsius during the long weekend. The next week it was raining hard…

We arrived from Ljubljana by car, unfortunately, so did everyone else. The lake was full of tourists and locals, but what else can you expect from a long weekend.

I really had no expectations before coming here (hey, I didn’t even know we were coming here until a day before). This time I planned nothing and let the others do it. We were travelling with a big crew so why not and let me tell you, it was refreshing!

In my opinion, Bled seems like a combination of Switzerland and the Balkans. The Julian Alps and the lake reminded me of Zurich and the food and people the Balkans. Pretty cool combo if you ask me. 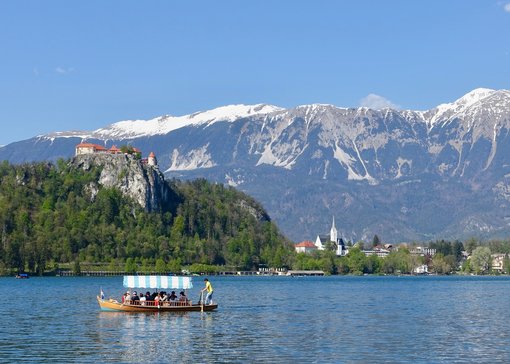 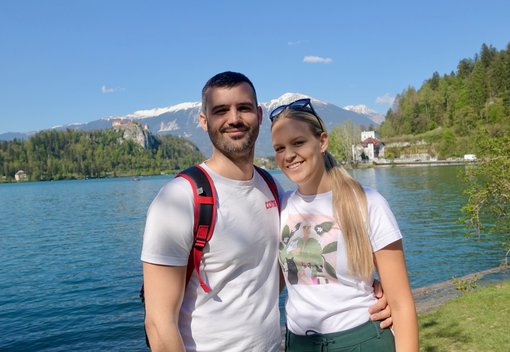 Let’s take a look at my top picks for things to do around the Lake Bled. I’d say, it’s pretty nice for a few-day getaway, but no more than that as it is quite small unless you just want to relax and not overdo it during your holiday. However, there are plenty of daily trips that you can take if you get bored.

Walk around the lake and take a TON of pictures

Okay, so let’s be honest here (and blindly obvious), the best part of the trip is by far the amazing views – the Julian Alps, the Bled Castle and the Island Bled. They make it all something out of a fairytale.

Do take your time to walk around the lake and climb on top of the hills to catch the panorama views.

Do you want to see more about the lake and the place where we were staying?

Take a look at the YouTube video I made about the day for more!

We stayed at the Vila Bled which is one of the private villas of Tito, the ex-Jugoslavian longtime president. This villa was his favourite getaway, where he brought most of the foreign officials visiting Yugoslavia at that time here.

When you walk in, you’re immediately transported back in time with the interior and the feel of the place. You feel like you’re in some old James Bond movie.

It probably has the best views of the whole lake but do keep in mind that the interior is left as it was decades ago. It’s a mix between a hotel and a museum. I had no experience in staying such places before so I was expecting something little “different” before arrival.

The rooms are very spacious, more like apartments. Most of them have a living room, bathroom and a spacious bedroom, sometimes even a dining area. There was also a common jacuzzi and a Finnish sauna. The breakfast was very nice in the morning, even included some bubbly Prosecco!

The hotel has a cafe on top of the hill, only open for the hotel guests. The views are great but unfortunately, they open only after Easter so we managed to miss it.

The rooms are pricey, around 250 euros/night for two people for a standard room and a few hundred more for Tito’s room (in the pictures). However, we received a free boat hire per room which was a nice surprise. 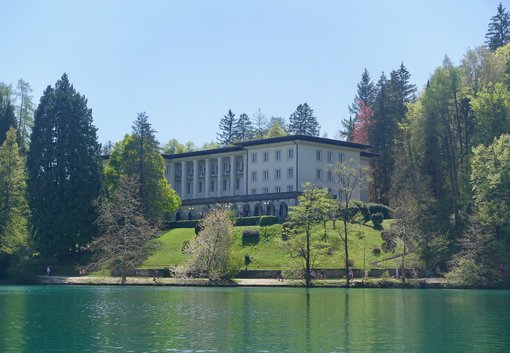 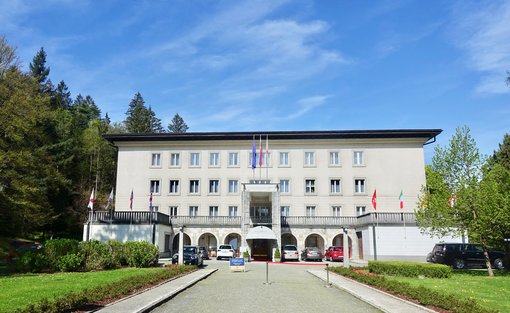 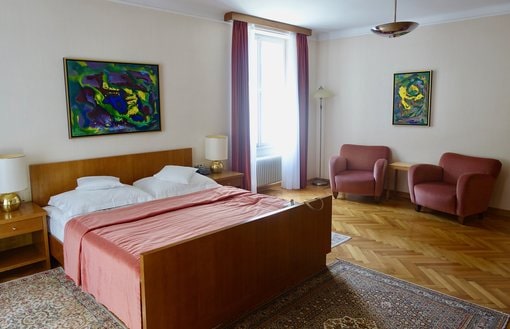 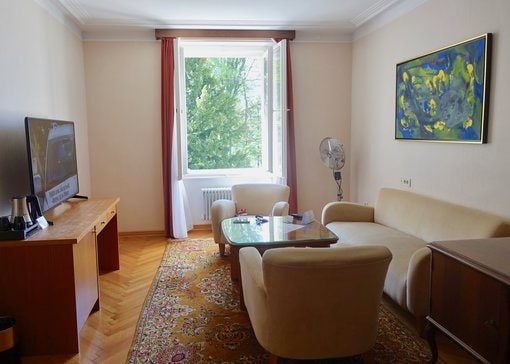 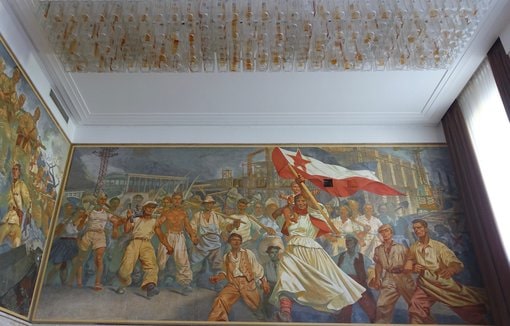 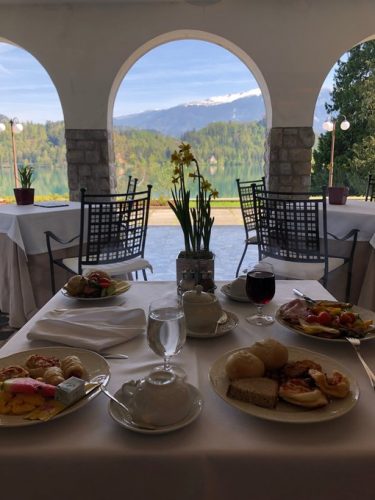 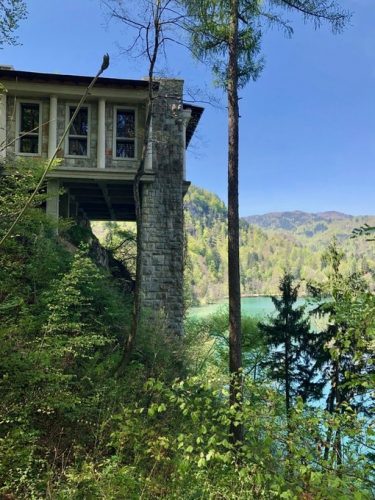 Have a taste of Krempita, the cream cake dessert

I can’t recall if I ever tasted a krempita (custard cream cake) before but after this one, I definitely will, it was delish! Not too sweet and great to share between two people. Normally I’m drawn to chocolate but I really enjoyed this one.

The krempita is also served in nearby countries, mainly the ones in central Europe such as Slovakia, Serbia, Croatia, Bosnia, Macedonia, Montenegro and Poland to name a few. Thus, it comes under a different name depending on the country.

It can vary in taste and ingredients based on where it’s served but the custard cream and the pastry base remain.

The custard cake was THE dessert to have in Bled, the recognisable feature of the island and as a tip, try the ones from the Park Cafe as they are made according to the 60-year-old recipe and remain the original Bled cream cakes. 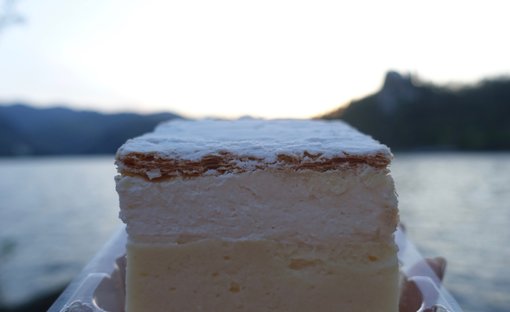 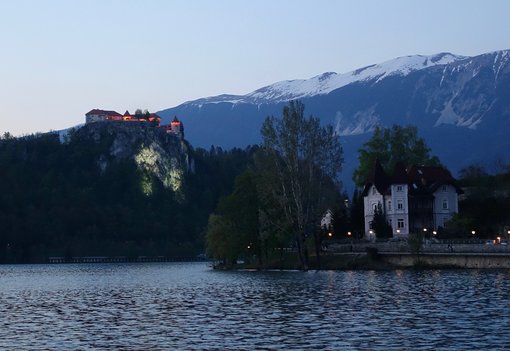 Visit the Castle Bled and other panorama points

Castle Bled, The Big Ben of Bled. This beautiful signature point is naturally a must see.

It’s only a 15-minute walk away from the lake but you also have the option to drive up there, whichever you prefer. The entrance fee is around 10 euros for an adult.

There are a cafe and a restaurant up there with beautiful views as well as a souvenir shop and a small wine shop.

If you have enough time, there are plenty of other panorama points that you could visit in addition to the Castle Bled.

Hire a boat and cruise around the lake

There are multiple options for boat hire, you could either book a ride from a Venice-like gondola or hire a much smaller boat of your own.

The bigger gondolas take you to the Island Bled and back but with the smaller boats, you’re allowed to cruise around the lake.

We chose the second option because of our free tickets. 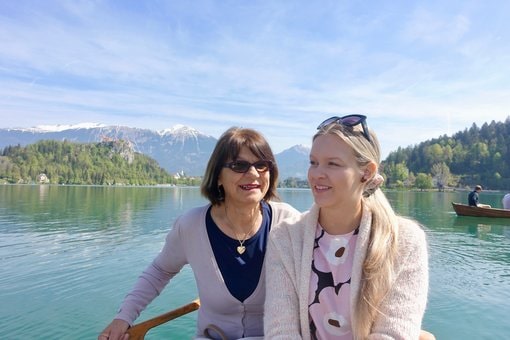 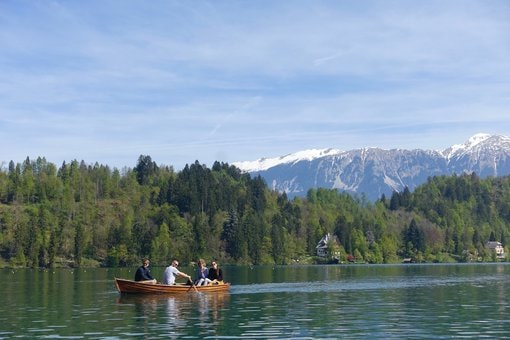 The island filled with greenery, history and old tales, sometimes even weddings.

The main attraction of this small island is the Church of the Mother of God.

According to a legend, anyone who rings the bell in the church of Bled Island three times and believes in God, his or her wish would come true. 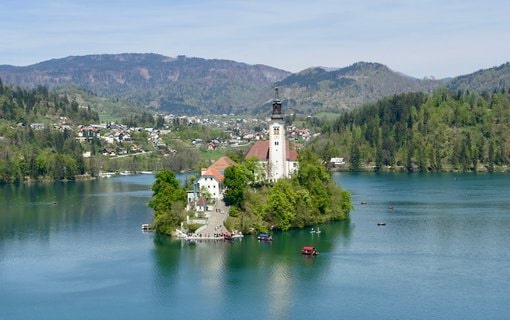 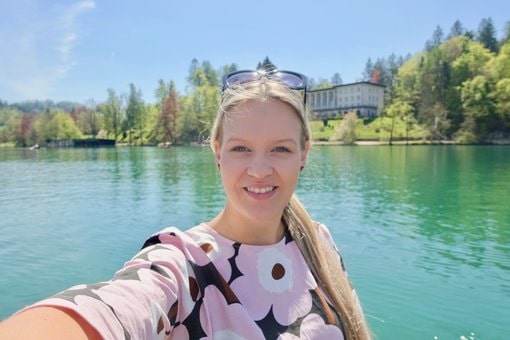 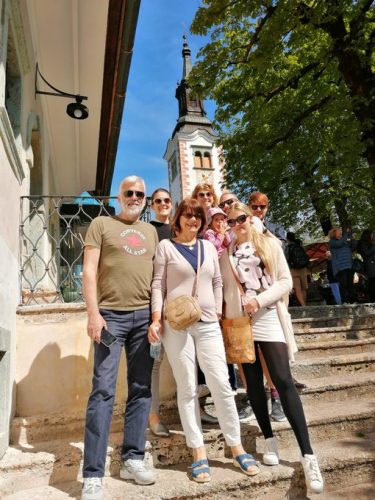 How to get to Lake Bled from Ljubljana?

The drive should be less than an hour from Ljubljana, around 40 minutes. This, however, depends on the traffic as during the busiest seasons it can take longer. Remember, that you need a vignette to drive on the highway in Slovenia. You can get these from the gas stations for example. It shouldn’t be more than 15 euros.

The busses from Ljubljana are departing from the main bus station pretty much hourly, so there are great connections but it will take around an hour and a half. The price is around 7 euros.

Both train stations in Bled are several kilometres away from the lake which means that you should take the bus or taxi to the station. In saying this, the bus or a private car is the best way of getting around.

By plane from outside Slovenia

The International Airport Ljubljana (Brnik), is located 36 km from Bled.