The other weekend I celebrated, already my 2nd Serbian Christmas in Bajina Basta Western Serbia. Who would’ve thought?!

In 2018, we celebrated with a crowd because Marko’s sisters and their families were also here. This year, it was only us and his parents. No biggie.

Luckily there was lots of snow this time. We were in Belgrade for ‘my’ Christmas (24th of December) and all the snow had melted away just days before…

But let’s jump on it! This blog post is all about my 2nd Serbian Christmas, the customs, traditions and whatever we got up to. Take a look! 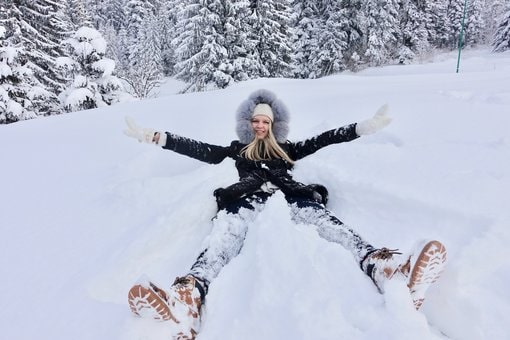 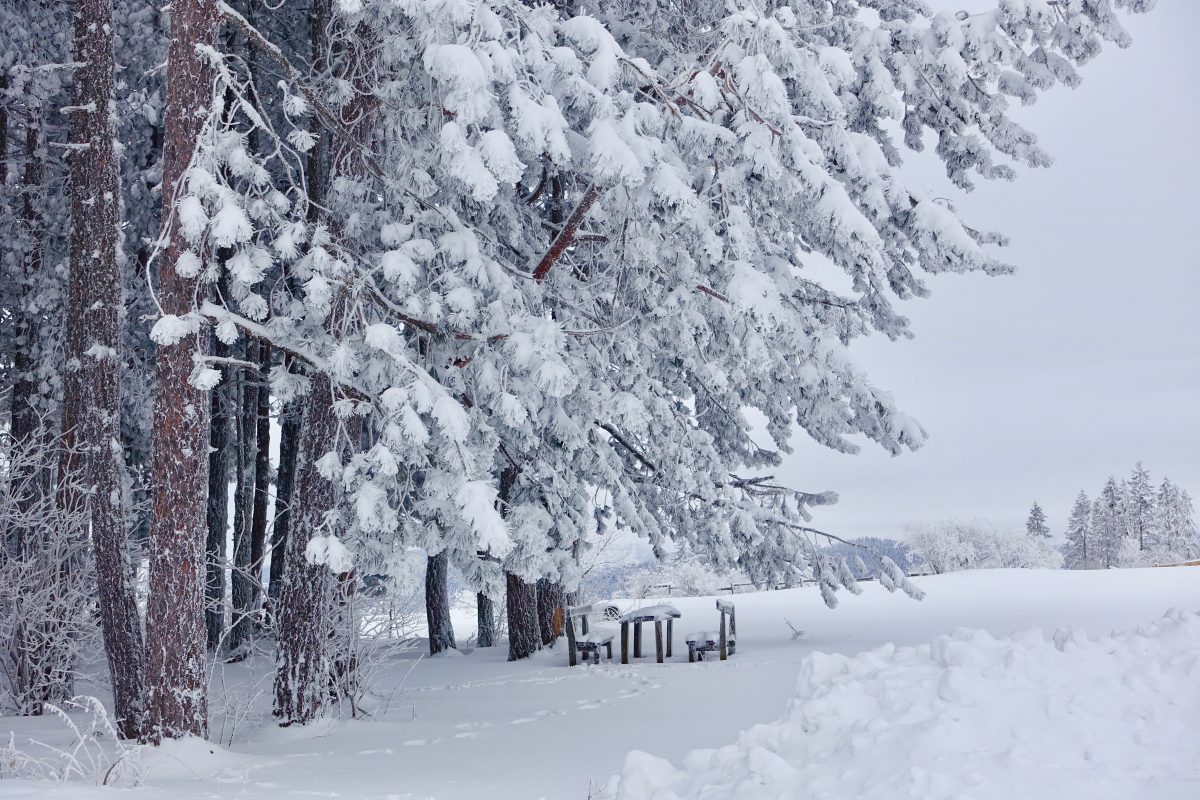 Christmas Eve on the 6th of January

In Serbia, it’s common to start the traditions on the Christmas Eve.

It’s important to avoid eating red meat (fasting) so that you can eat more meat on Christmas Day. Obviously…

In the early morning, Marko and his father went to the forest to pick up badnjak (Austrian oak tree). Every family brings a branch home. Usually, it’s picked up by the father and son – the head of the household. Then it’s placed outside on the entrance and also smaller branches inside for decorations. 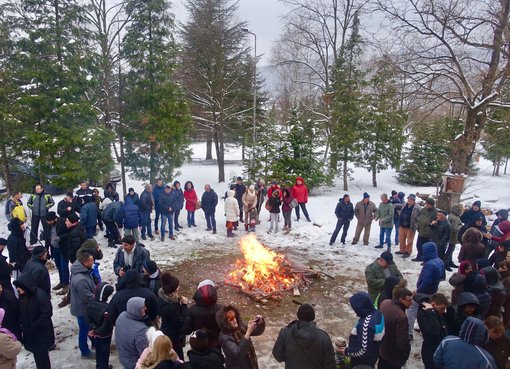 There are several other customs related to badnjak from how to bring it home, which one to choose and what to say about it when bringing it home but we didn’t comply to those, I suppose most people won’t as they are really old traditions.

However, if you happen to live in the city any of this might not be possible in which case you can pick it up from the store or markets nearby.

In the evening, it is set on fire either in a fire place or in a bonfire. The sparks that fly from it are a symbol of love, luck, money, happiness etc. for the following year. The more sparks the better.

Badnjak can be burnt at home but most cities and villages organise an event outside the village church where people gather around, listen to the ceremony, light up candles, burn badnjak, drink mulled wine or rakija and eat fish.

This year, the event was organized at the biggest orthodox church in Bajina Basta, for the first time ever. Marko’s dad has overseen the project of building the church. You can see that it is still under construction. This is because the project is funded only by donations. Ready or not, it was still a milestone. 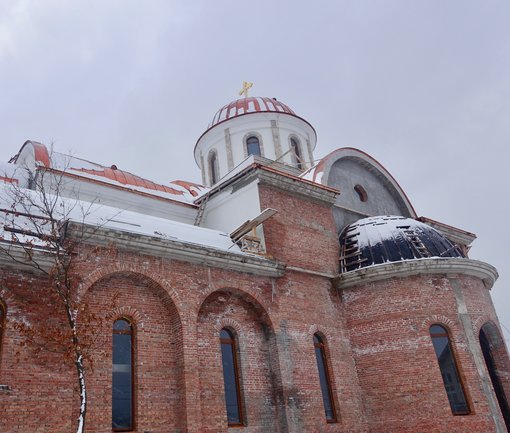 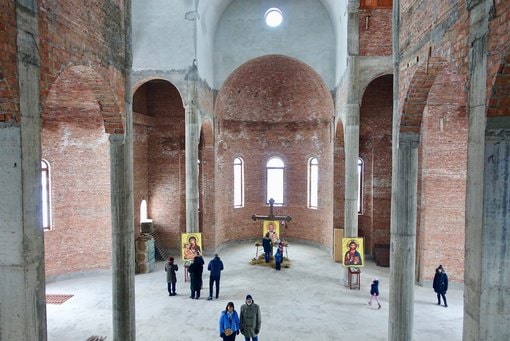 Despite the fact that we are not really that religious (and I’m not even Orthodox…), I thought it was a pretty nice gesture.

I lit mine up for the living, I figured it was more accurate that way. 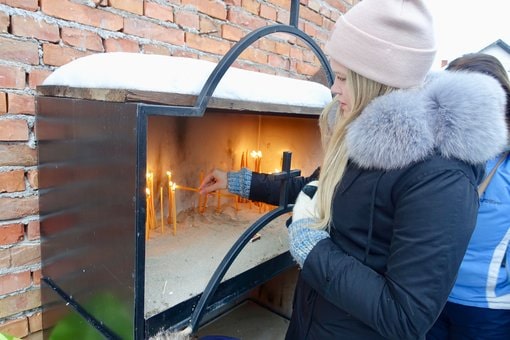 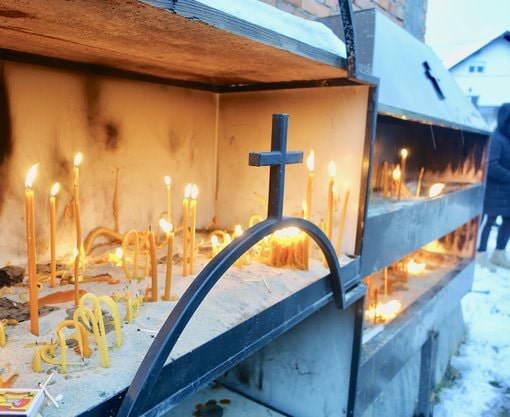 Next, there was a ceremony inside the church performed by the three bishops. There were pictures of Saints, more badnjak and straws. The bishops were walking around with incense and some sort of perfume.

After the ceremony, everyone moved outside for burning of the badnjak. Marko and his dad helped to move it onto the fire. 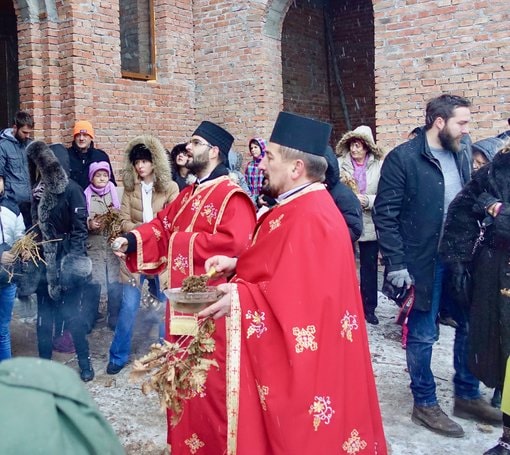 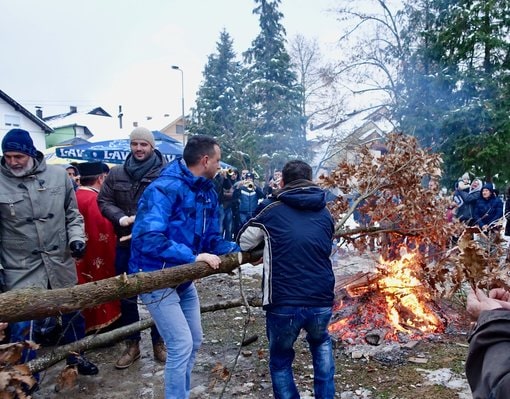 The band started playing and the fire was burning wild! No safety measures were used during the process, haha!

There was mulled wine and rakija as well as fish and other ‘fasting’ foods. 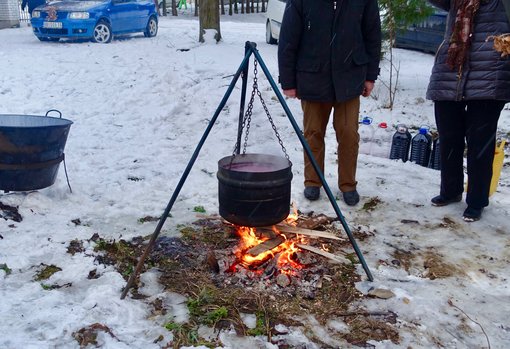 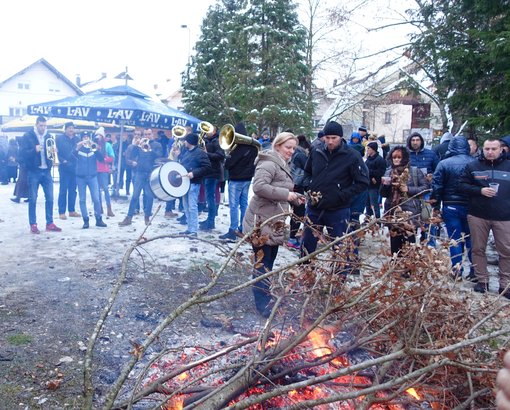 After all this, we moved back to the house and had lunch. Our Christmas Eve lunch consisted of fish, potato and red onion salad and the sorts.

Christmas Day on the 7th of January

You must wish everyone you meet that day merry Christmas by giving three kisses on the cheeks and greeting them with Hristos se rodi (Christ is born) when they reply Vaistinu se rodi (Truly He is Born).

Next, everyone enjoys the Christmas breakfast. According to the customs, it’s common to fill the table with everything you have – symbolizing the wealth of the family.

This time there’s also red meat. Lots of it.

But before eating, the men of the household bring in the round Christmas loaf česnica. It was baked earlier that day and a coin was hidden inside. Whoever finds the coin will have lots of money that year.

Sadly, I didn’t find it this or last year… Although, no one found it last year. According to our theory, it was accidentally eaten by Marko’s grandma. We will never find out! 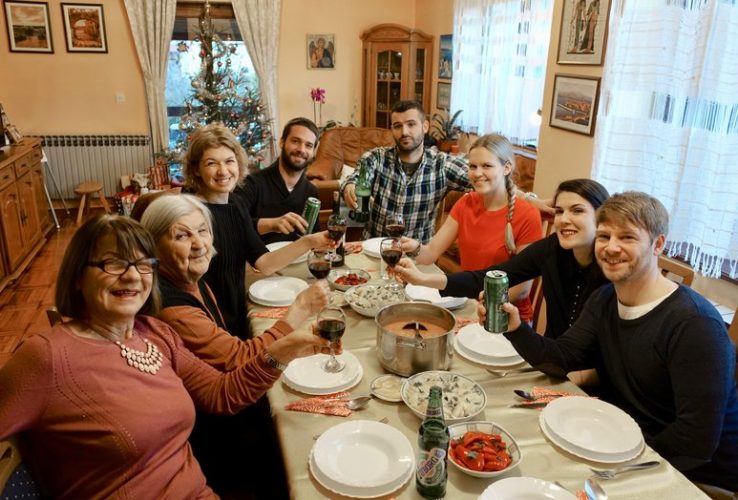 There are many rituals related to this. The full version of it is actually quite long and can vary between locations but Marko and his dad did the short version. It goes more or less like this:

That’s it! After the breakfast (and occasional gift giving) there is no more ‘planned’ agenda. Often you see people enjoying time with their families or in a nearby pub. Whatever floats your boat!